awk command in Linux platform allows users to manipulate with data and generate reports. It’s basically a scripting language or a command programming language which needs no compilation. Also, the users can use variables, numeric functions, string functions and logical operators as well with awk.

In compare to other well known programming languages, the awk is data-driven. It means that users need to define a set of actions to perform against the input text. It takes the data from users, process it, and shows the results to standard output.

The term awk is basically an abbreviation based on the name of its developers Aho, Weinberger, and Kernighan.

Syntax to use awk in Linux

What are the functions of awk and how it can be useful?

Awk in Linux, allows users to do a number of tasks like scanning a file line by line, splitting each input line into fields, comparing input line or fields to pattern, and performing actions on matched lines.

This programming language can be useful for users to transform data files and produce formatted reports.

How awk in Linux works?

Technically, awk can be used for various purposes. In this article, we are using GNU implementation of awk, that is also known as gawk. In most of the instances, the awk is just a symbolic link to gawk.

About awk Records and fields

Available options to use with awk

Example of awk utility in Linux

Suppose a text file (sheet.txt) that includes following details, and we are using it as input file for all instances below:

Case 1: awk is being used to print every line of data by default from specified file sheet.txt.

Case 2: Printing the line that matches a specified pattern ‘teamleader’

Conclusion: awk command in linux simply appears to be a very powerful tool which can be used to manipulate with text files. Hope this article helped you to learn its usage easily. 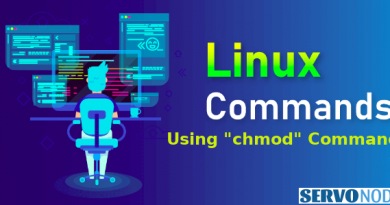 How To Use acpid Command In Linux