aptitude package tool or aptitude command in Linux distros is used for accessing a highly built-in interface to interact with package manager. Basically, the tool is considered as a control panel of programs installed on a Windows platform. With the help of this tool, users can install, upgrade and remove any packages through an interactive interface. The same actions can also be accomplished through command line using apt-get command in Linux, which we have already covered in previous article.

Syntax to use aptitude

Installation Guide of aptitude in Linux

In order to use the aptitude in Linux platform, we first need to install it on system. To do so, run the command below:

How to use aptitude package tool?

Once the installation is done, users can run the following command to open interactive interface before users on screen on terminal:

Most important uses of aptitude tool in Linux

Viewing package descriptions: The first important use of aptitude command is to install, upgrade and remove packages by selecting available options in the menu panel 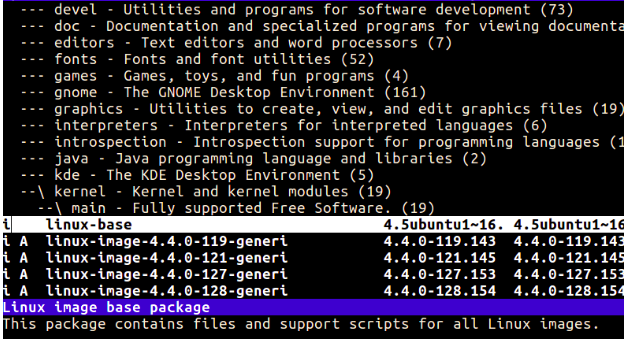 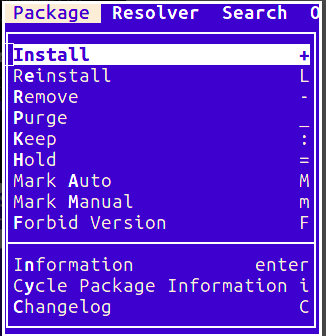 Viewing packages and sup-packages: With the help of aptitude, one can also view various sub packages under installed packages. One can notice ‘-’ before the name of packages, that indicates the the package has sub-packages as well. 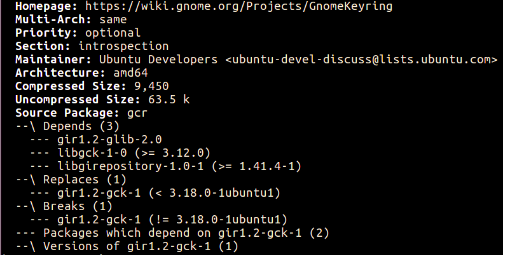 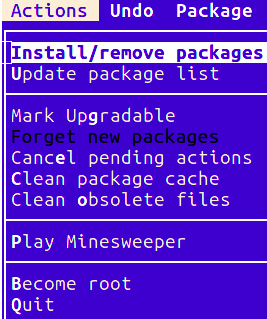 Command line actions to do with aptitude

In case if no argument is supplied to aptitude command, it will enter into interactive mode, and a number of command line actions can be performed, which includes:

Available options to use with aptitude command in Linux

-D | -show-deps: This option is used for commands that are used to install or remove packages
-d | -download-only: Used for downloading packages to package cache only.
-f: It’s primarily used to fix the dependencies of broken packages
-h | -help: Displays help information and exits