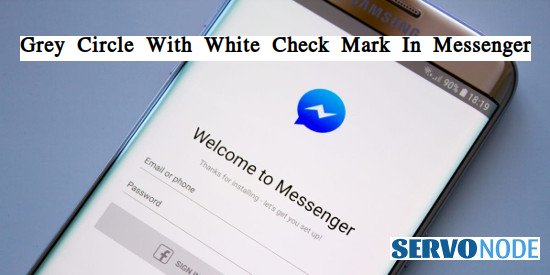 You might have noticed a number of icons or features in Facebook Messenger or different kinds of circles under the message or in front of them, that you send to your friends on Facebook. But we’re here to discuss “Grey Circle with a white check mark,” which you might have seen in the chat box while chatting with your friends. This icon doesn’t appear for no reason on the chat.

Also, this isn’t the only icon to appear while you send messages to your friends. You will notice “Empty circle with a grey outline”, “circle showing profile picture”, and “white tick in grey circle”. All these icons have something to represent which they actually do as well.

Let’s take a look at what a Grey Circle with a white check mark mean on Messenger and then we’ll move towards other icons also.

This icon represents that the message you sent to your Facebook friend has been delivered. This is quite similar to the double tick shown by WhatsApp. For example, if you send someone a text on WhatsApp and their internet is off, you will only see a single tick at the bottom right corner of the text. And once they turn the internet on, the single tick will be converted to a double tick, indicating that the other person has received the message but hasn’t read it yet. And when they read it, the double tick turns blue. This is the entire scenario of WhatsApp (if you are not using a business account).

But for Facebook Messenger, there is no such thing as a single or double tick, and that’s why a Grey Circle with a white check mark is shown, which tells that the other person has received the message. And after they end up reading it, their display picture (in a smaller size) will arrive at the bottom right corner. It is to clarify here that the word “delivered” does not necessarily mean the recipient has read the message. It just means they have successfully received it, and they will be notified about it as well. And there is no such thing as business account on Facebook Messenger, so you don’t need to be worried about that.

Use of 3rd party Apps

You will see many 3rd party apps developed to execute such actions. Just install them on your device and start using such icons. You just need to provide the app with some information.

Here are some other icons that you may want to know about. 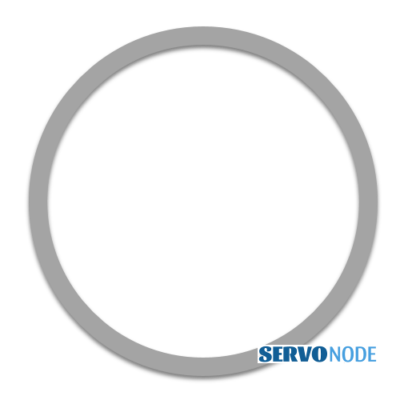 If you notice “Empty Circle with Grey Outline” right next to your message on Messenger, it means your message hasn’t been sent yet and is still in the process. Under such circumstances, you have to wait for some time until your message is sent. Moreover, if you notice a “white circle with a check mark”, that means the message (that was in process) is sent. This issue may arise due to the internet speed. And if the empty circle is still there, the message has not been sent. Just try to turn the Messenger off and then turn it on; this may work. Or you can also try another method by turning the internet off for some time and then turn it on. This method is useful most of the times.

A tick simply denotes that your message has been sent successfully, doesn’t matter whether the next person has read it or not. And it doesn’t either mean that next person has received it, they will receive it once they turn their internet on. So, a “Grey Tick with White Background within Grey Circle” means the message is sent to your Facebook friend.

The icon “Filled Grey Circle with White Tick” means they will be notified about the message you sent because the recipient has received it, it doesn’t matter whether they’ve read it or not. Both grey and white ticks are pretty similar to each other, but it’s important to understand the difference in order to get to know about the icons. 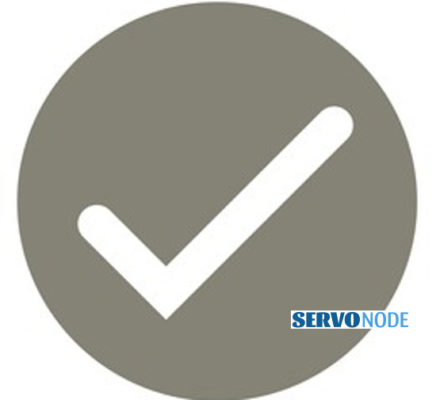 Moreover, if you notice a “Circle showing profile picture” of your friend next to your message, that means the recipient has read the message. And if you are in a Group Chat on Messenger and you send a message, you will be notified in the same way, and you can tell who has read your message.

In the latest update of Messenger, the features allow you to unsend a message even before the next person has received it. But they will still be notified about in the chat box as “Mark unsent a message”. Most users are against this policy, and according to them, Facebook should stop telling the users what they have done. But still, it is a feature and a worthy one for sure.

Who can Text you on Messenger?

Anyone who is a Facebook friend of you can directly send you a message on Messenger. Even the ones who aren’t friends with you on Facebook can contact you, but their chat will remain hidden until and unless you decide to open and respond. That’s called as “Message Request”. This is one of the best features of Facebook that keeps the unknown or unnecessary people away from your chat box instead of filling it.

Facebook Messenger has various icons that represent different things, and there is no such difficulty in memorizing what an icon is meant for. One of them is to notify you about the message being delivered, while one will tell you whether the next person has read it or not. Also, if someone isn’t your Facebook friend, they will never know whether you’ve read the message or not until you open the chat and accept the message request from them. So, it’s better to have know how of the use of such icons. 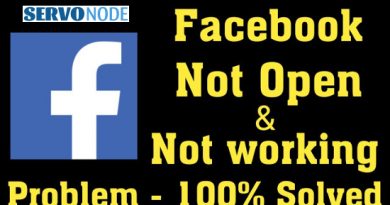 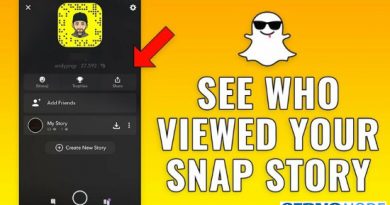 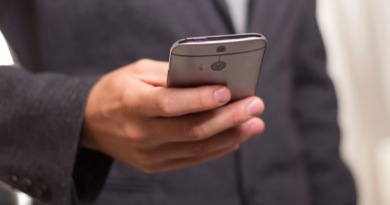